After I posted the other entries on Maria Martin, I realized that I neglected to refer to this outstanding series of pages from the Charleston County Public Library via the Charleston Museum.
The surviving works by Maria Martin are to be found under arranged under the headings: 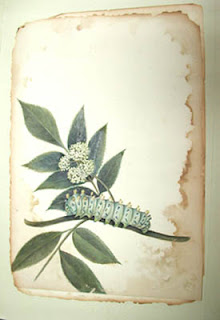 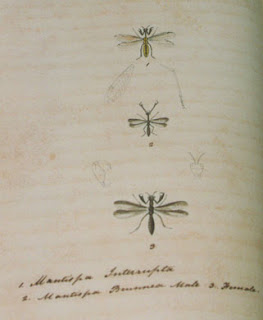 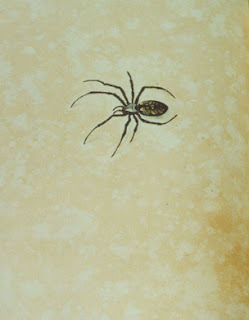 Birds of America Paintings
These are well worth the time spent in viewing them. Below is one of the paintings from Audubon that that was in part painted by Maria Martin. Fittingly, it is of Bachman's Warbler, named by Audubon for her husband or perhaps for her as well. 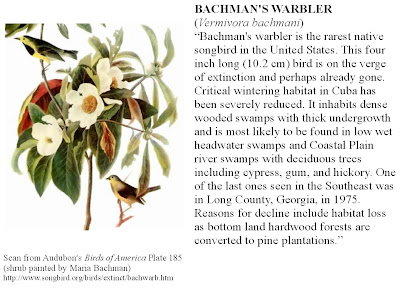 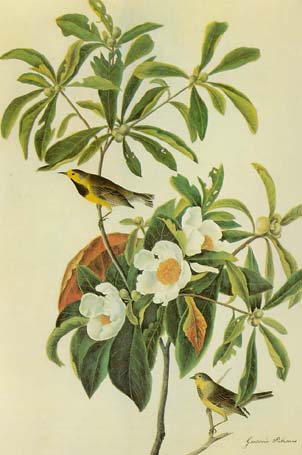 Since Western science discovered it in 1832, the Bachman's Warbler has been elusive for ornithologists and birdwatchers. Given that the last individual was confirmed alive in 1961, the Bachman's Warbler is probably extinct. A bright yellow-headed songbird with a black crown and throat patch, this insectivore preferred nesting in shrubs in bottomland hardwood forests and wintered in Cuba – a combination that rendered it extremely vulnerable to habitat destruction.

All of the Audubon painting that Maria Martin contributed to are here via the Charleston County Public Library and from it there is this the painting of the similarly named Bachman's Sparrow (Aimophila aestivalis) to which Maria Martin Bachman also contributed: 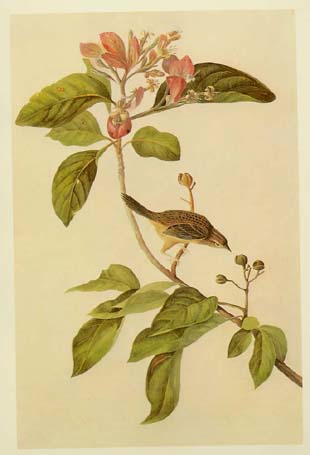